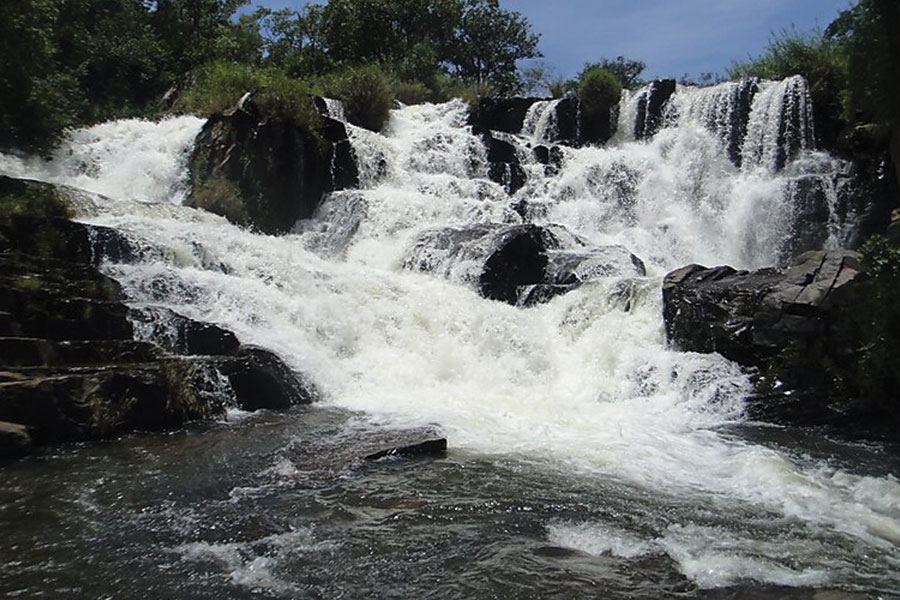 The National Park is the oldest in Zimbabwe, having started as Rhodes Inyanga Estate, а bequest from Cecil Rhodes. The National Park nearly doubled in size in the late 1990’s with the purchase of the Inyanga Block and Kwaraguza farms and Nyazengu farm in 2000. This expanded the National Park to the north and east of Mount Inyangani,

incorporating some important areas of montane rainforest and the sources of the Nyamuziwa River, the Kairezi (Gairezi) River and the Pungwe river. The high altitude and frequent rains have encouraged the growth of natural forest and huge forests of pine trees have been planted in large portions of the Park; the cool valleys are home to species of proteas, everlastings and flowering Erica, similar to those of the south-western Cape.

As well as an abundance of plant-life, Nyanga National Park is home for several species of antelope, including the waterbuck, wildebeest, zebra, klipspringer, kudu and eland although their numbers are greatly reduced through poaching. Some of the predators found include leopards, hyenas and the occasional lion; the clawless otter and endangered Inyangani river frog can be found in the Park’s rivers and streams. The National Park contains perennial streams stocked with rainbow trout from the hatcheries in the Park near Mare dam. The finest fly fishing in Zimbabwe can be found in these well stocked rivers and lakes including Mare, Udu, Rhodes, Gulliver and Purdon Dams, with bream fishing also available at Udu Dam. Among these hills are patches of coniferous forest, where the only indigenous conifer (Callitris whytei) may be seen. Besides the famous Pungwe Falls there are two other waterfalls of great beauty on the Estate, the Inyangombie Falls and the Nyamziwa Falls.

Email us : This email address is being protected from spambots. You need JavaScript enabled to view it.